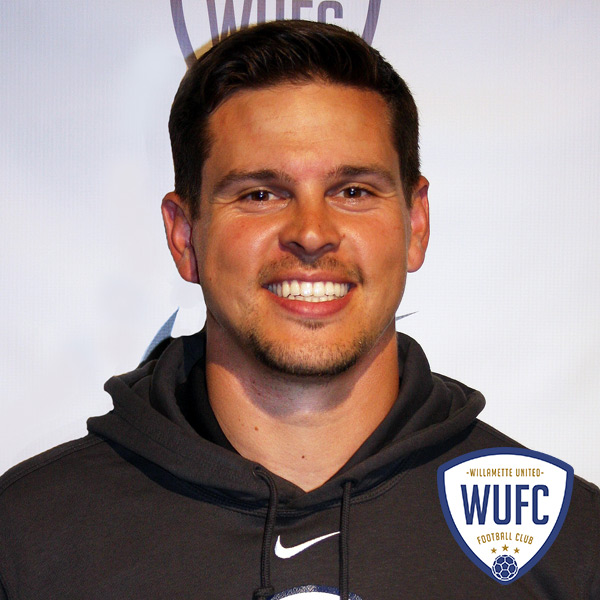 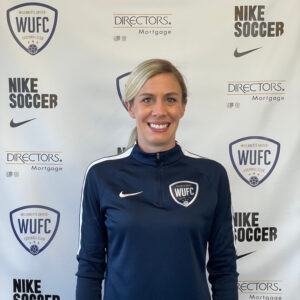 Hillary White is entering her 2nd season as a Willamette United coach. She has over 8 years of competitive coaching experience and is currently pursuing her USSF “D” license. In addition to coaching at WUFC she also coaches at Rose City Futsal. As a player, Hillary grew up playing club soccer, ODP and 4 years varsity at Lakeridge High School. She then went on to play 2 years for Oregon State Women’s Soccer. 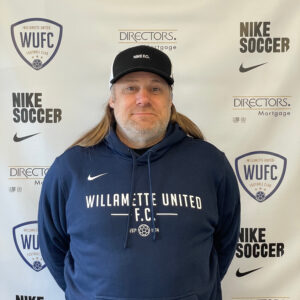 Steve Piercy is a Willamette United legend! With over 30 years of coaching experience at virtually every level, Steve brings a wealth of knowledge to his teams and our entire club. Steve has led 5 different youth teams to an Oregon State Championship and represented Oregon at the US Soccer Far West Regional Tournament. He holds a USSF “C” license. As a player Steve had a successful youth soccer career and went on to play 4 years at Pacific University where he was named to the All-Conference 1st team 4 years in a row. Steve has since been inducted in to the Pacific University Athletic Hall of Fame. After college Steve played professionally for the Portland Timbers and Portland Pride. 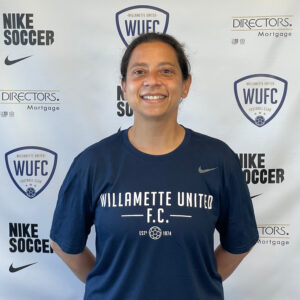 Andrea Hodge has been with Willamette United since 2015 and holds a USSF “C” license. She has coached with nearly all of our U11-U14 age groups. In addition to coaching with WUFC, Andrea is also a USSF referee instructor, referee mentor, and a fantastic referee. She graduated from Champlain College where she helped lead her team to a NJCAA National Championship and later attended Trinity College of Vermont where she earned her degree in psychology. 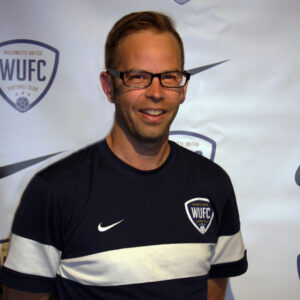 Jonny Bunn is a veteran coach in the Willamette United ranks. Coaching since 2005, Jonny has worked with various club, high school, and college teams. He has also previously worked with the Portland Timbers ODP teams. Jonny holds a USSF “B” license and English FA coaching qualifications. He moved to the US after graduating from the University of Essex with a degree in Sports Science and Biology. 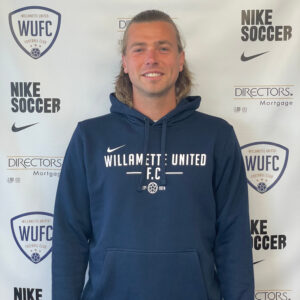 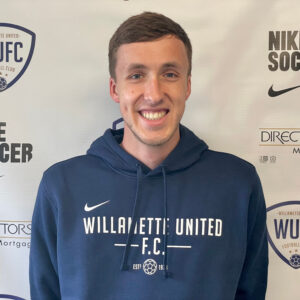 Nate Jackson is beginning his 2nd year coaching with Willamette United and his 3rd year of club soccer at the youth level. Nate first started coaching at 16 and has become even more involved in the game over the last several years. He currently holds his USSF “D” License and is pursuing his USSF “C” license. Nate also holds the TOVO Institute V1 and 7-a-side coaching course certificates and is a Certified Interscholastic Coach through the NFHS. A graduate of the University of Oklahoma in 2018 with a degree in Environmental Sustainability, Nate was also a player and coach for the Oklahoma Men’s Club Soccer team. He is also on the coaching staff for the West Linn High School boys soccer program and the RTC Portland South program. Outside of coaching, Nate continues to play regularly, training with and making appearances for the Portland City Futsal Club team. 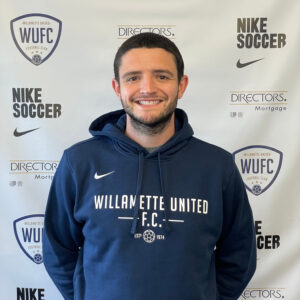 Ian Monihan is entering his 3rd year with Willamette United FC. He will be the Head Coach and Age Group Coordinator for the 2008 boys. Ian also works full-time as the WUFC Club Administrator. He currently holds a USSF “D” license and will be working towards his USSF “C” license. Outside of coaching for WUFC, Ian is also the Assistant Coach for the West Linn High School Boys soccer team. Ian graduated from Oregon State University with a degree in Business Administration with emphasis on Entrepreneurship and a Minor in Natural Resources focusing on sustainability. He played all four years at OSU on their Men’s Club Soccer Team and took over as Club President as a Sophomore. Ian is a West Linn native and grew up playing for WUFC.